Auto Accidents Linked to Marijuana are on the Rise

Auto Accidents Linked to Marijuana are on the Rise 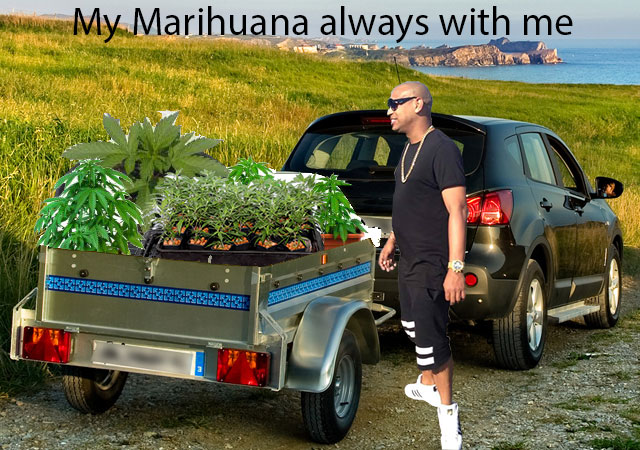 For many years, accidents involving alcohol use grabbed all the headlines. Victim advocate organizations like “MADD” -or Mothers against drunk drivers- sought to increase punishment for drivers under the influence of alcohol. Now there is a new threat on the horizon: auto accidents linked to marijuana are growing, and so are car insurance rates as a consequence. Get your free quote from good to go insurance and check rates online safely and securely in less than five minutes.

In recent years, with the legalization of recreational marijuana in several states, drivers who are intoxicated from THC levels are increasing. What is also spiking are crashes attributed to driver error as a result of high levels of marijuana intoxication. The problem is surging and growing more widespread each year as the drug gains more users. Vehicular accidents that resulted in death that were traced to THC levels in the blood have doubled in the state of Washington alone after marijuana became legal.

The even bigger spread of this popular drug is due to medical marijuana use. Almost 50% of the U.S. states have passed laws for it, and lawmakers are “behind the wheel” literally in passing driving laws to keep up with the progression of the drug’s widespread use. At this time, just Washington state, along with Colorado, have specific driving laws in place. Motorists that get pulled over with THC levels in the blood of five nanograms – milliliter are considered driving while intoxicated. The other legalized states do not have any specific legal limits. The absence of a particular law leaves the judgment of whether a motorist is impaired up to law enforcement officers.

What Happens to Insurance Rates When Accidents Increase Due to Marijuana Intoxication?

This increase in accidents has resulted in auto insurance claims that are highly costly. As no surprise, insurers have raised rates to offset the costs of paying out expensive claims. According to the AAA – the American Automobile Association, this problem will only get worse. This is because as more states legalize the use of recreational marijuana, the result is more drivers under the influence of this powerful drug getting behind the wheel while intoxicated. The takeaway from the AAA finding is that more attention needs to be given to marijuana use and the dangers of driving. If more states make casual marijuana use legal, then one day, it will become a national problem, like alcohol-related incidents on the roadways is today.

Will Auto Insurance Rates go up due to Increased Marijuana Usage?

This point also leaves a new concern for auto insurers and rate hikes passed on to everyone as crashes increase. One study found that before Washington state legalized marijuana, about 8% of that state’s deadly accidents found traces of THC in the driver’s bloodstream. Now that number has shot up to 17% since 2012. The overall rate of vehicle crashes also went up in WA state after the legalization. This fact gives more weight to the argument that marijuana is a dangerous drug and should be controlled carefully and not legalized.

At the moment, with marijuana only legal in 4 states, car insurance rates have not been affected nationally. The concern for all drivers should be safety and insurance costs if this popular drug is ever legalized in every state. Auto accidents and deaths will surely rise if this occurs, along with increased premiums. If you are a pot user, the commonsense approach is to never get behind the wheel if you have smoked in the past 24 hours. You are jeopardizing your life and the life of all the other drivers that share the road.

To get the best direct auto insurance coverage, check out good2go online right away. You can compare several quotes side by side in minutes and even buy your policy online. Get quoted now and save more of your hard-earned money.