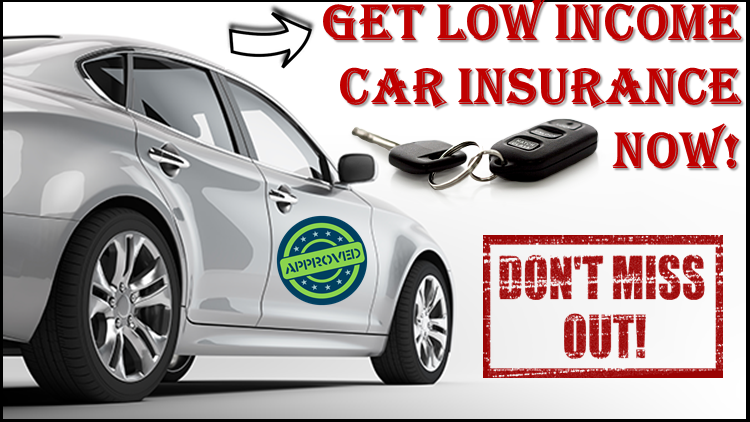 Today there is so much political talk about income inequality and the top 1% of earners in America. It seems the rich have always gotten richer, but since the great recession, the gap has only widened. The middle class workers are taxed often at a higher rate than those wealthy taxpayers, especially with long capital gain income assets, like stocks and real estate. What is even more frustrating is those on the lower end of the earning scale pay more for life’s essential expenses like auto insurance. Logically, low income car insurance should be cheaper, but this is almost never the case. Workers that make less than $50,000 per year pay some of the highest rates for standard auto insurance coverage. Lets explore further why insurers charge less to the top wage earners. Get your custom online quote from good to go insurance company and get your premiums lowered now.

Income Scale and Insurance Premiums
It sounds discouraging to all those laws abiding, hard working Americans that make a low wage and then get charged more for insurance than those earning over $100,000 yearly. This is true even for excellent drivers that have a clean driving record. Auto insurance providers run sophisticated algorithms to determine a drivers risk and thus the rates they will pay to get insured. This is why you are asked so many personal questions when applying for coverage. Have you ever noticed how many questions relate to your finances? Some of the most common things asked include:

*  What is your Annual Income

You might think these are all irrelevant questions that have nothing to do with your driving ability, but not so according to the firms that set insurance prices. One often overlooked yet big factor is a socio economic one – how much someone earns. One insurance federation study found that so called “blue collar” workers paid almost 60% more for the same coverage as white-collared professionals with a similar driving record. In some parts of the U.S. the gap is even bigger and finds low income car insurance rates more than double what higher earners pay. This discrepancy in premium charges goes back to the infamous data that backs up the insurers decisions on segmenting pricing for higher income earners.

The stats point to lower wage workers getting into more accidents, having greater lapses in coverage and driving recklessly more frequently. The reality though is not all people who have a modest income are high-risk drivers and this discrimination in rates is a practice that needs to be stopped.

Low Income Drivers can get Lower Rates
It might seem like an unfair system, but those motorists with a lower wage need to be aggressive and take control of the insurance buying process. One step anyone can do is set a higher deductible amount. This many be tough if you don’t have much in the way of savings, but it’s important if you want to get your premiums lowered. Get a policy with a $1K deductible and you will save about $150 or more per year. Another tip is to keep your credit score high. Even if you are in the low end of the wage scale, you can control your credit and get it higher as soon as possible. Doing so will lower your car insurance costs quite a bit.

The most important tip for those hard working people with lower incomes is to shop around online. Some of the cheapest car insurance plans are often found direct on the web. This is because it’s so much more cost efficient for insurers to sell policies direct without paying out huge commissions to brokers. Also, make sure you compare at least five rates, so you have a good idea of the price differences for the coverage you want.

At good to go insurance you can save time and money shopping for automobile insurance In less than five minutes, you can check up to ten quotes from the best insurance carriers in the country. You can also take advantage of numerous on-line discounts that can save you more. Get your best rate today with good2go insurance direct.