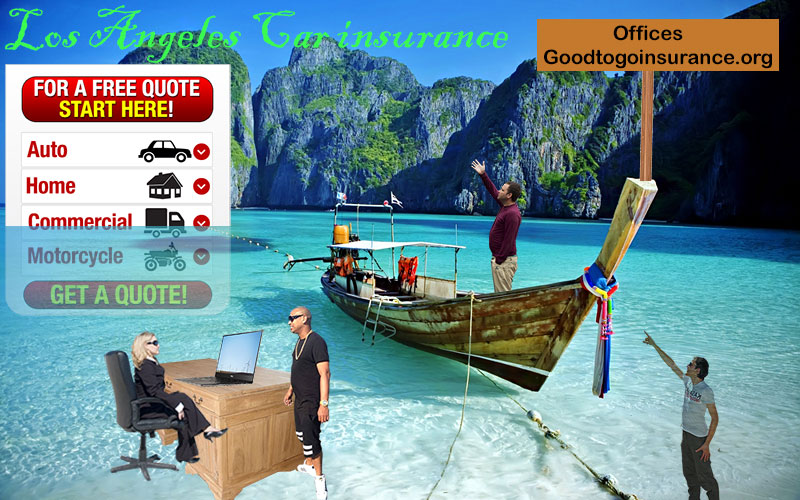 Californian’s love their automobiles. The sunshine state after all has some of the most beautiful scenery of any state. From the amazing surfside roads of highway 1 to the Santa Cruz mountains, there are stunning views all over for any motorist. It’s no surprise that California has the largest number of vehicles of any state, that matches the almost 40 million people that live in California.

There are some 387,000 miles of roads and highways in CA, which is 2nd to Texas. The second largest city in the USA is Los Angeles, just behind New York NY. This urban mecca has some of the most congested streets and freeways anywhere in the world. Los Angeles car insurance rates are also some of the highest in the country,  but there are steps you can take to lower your premiums.

The state of California has strict automobile insurance laws that are in place to protect drivers and the general public. The vehicle insurance limits in CA are set lower on average than other U.S. states. Before you purchase car insurance in  LA, you need to familiarize yourself with the state’s mandatory minimum vehicle insurance requirements. Here are the basics:

LA Car Insurance
California is a huge state with many urban and rural areas. This is one of the reasons why insurance rates fluctuate quite a bit, depending on where you live. The reality for Los Angeles motorists is rates are quite expensive relative to other cities in the state. There are several factors that account for these costly policies. These include:

*  Higher automobile thefts. Every year in the greater LA area, about 25,000 automobiles are stolen. This results in huge claims that insurers process and in return pass on these costs to consumers, by way of higher premiums.

*  Longer work commuting. Drivers in Los Angeles drive around 30 minutes to work, which is greater than the national average.

When you add all of these factors together, is drives up insurance rates and makes coverage more expensive. The median yearly cost of insuring a vehicle in LA is about $2,100. This makes the city of angels one of the top 3 costliest cities in the United States for vehicle ins. This is just the average rates and those consumers that have exotic automobiles like a Corvette will be paying a lot more. Some premiums can cost as much as $4,000 per year for a new full sized truck with comprehensive insurance. There are areas in greater Los Angeles that have cheaper insurance and those with extremely high rates.

The LA Zip code with the highest insurance cost is 90029, with some ins quotes coming in at $3,000 per year. The LA zip code area with the cheapest auto insurance was Los Olivos with average rates about $1,000 annually.

Cheapest Los Angeles Auto Insurance
The bad news is Los Angeles car insurance coverage is really expensive. The good news is there are steps you can take to get better rates while still having a solid policy that protects you. The most important thing you have control over is shopping around online for a great deal. At sites like good to go insurance, you can save on average about $550 per year. These savings are possible because your profile is sent to dozens of competing insurers that give their lowest rate. You can easily compare and pick the company and coverage amounts that you need at good2go online.

Another smart idea is to raise your deductible to $1,000 so you can lower your premiums about 10%. The last tip is to always get as many discounts as you can like military and good driver. This will save you more money than you might think. Now that you know how to save on car coverage, get your custom good to go insurance quote today. In as little as five minutes, you can be matched with 10 national carriers that will quote you on the spot. Get started now and find your best LA insurance rate.