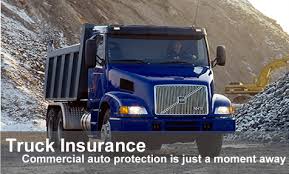 Trucks are about as American as apple pie and ice cream. In some areas of the country like Texas, they are more common than cars. These versatile vehicles are so useful and can solve so many problems; this includes hauling heavy items, towing a boat, or throwing a tailgate party in the back at a sporting event. If you are in the market to get one soon, you should also consider the cost of insuring it and do some initial research before you go out and purchase one. It is possible to get cheap truck insurance, but it will depend on several factors and compare multiple providers’ rates.

One of the most expensive trucks to insure is also the most popular: the top-selling Ford F150 series. This unit emerged again in 2015 as the best-selling truck in the USA. It has won this contest several years in a row. Insuring one of these big beasts can be a bit pricey, however. In many markets around the country, rates can cost more than $2,000 annually. Since 2014 when Ford began selling models that were aluminum framed, studies have shown that repair costs have shot up about 25%, this means insurers have to pass those cost increases along, and that means increases in premiums. Get an instant quote from good to go insurance and save hundreds today.

The principal Factors that go into Pricing Truck Insurance Rates

Insurers use many things to get your rate. Here are a few.

* Make, model, and year of your truck

If you have a brand new truck with all the bells and whistles, you will be paying higher rates. Why might you ask? Well, to repair or replace that expensive vehicle will cost more, so the carriers have to set the premiums higher.

* The use of the truck

Will it be used for a commercial or business activity, or is it strictly for personal usage? You will pay more if the use is commercial because the vehicle will be driven more and exposed to more high-risk traffic incidents. If it is used for business purposes, costs will vary depending on what is hauled. For example, if you deliver fireworks, you will be paying more than delivering pizza because of the inherent risk involved.

The more miles you drive each month, the more, in general, you will pay for auto insurance. Keep your mileage below 1,000 monthly, and you can save 10% or more.

It is one of the most significant factors that will determine rates. Do you have more than 3 points on your record? Are there serious driving infractions like a DUI or reckless driving? These can cause the cost of insuring your truck to skyrocket. If you get a ticket, go to traffic school, so the points don’t get slapped on, and drive responsibly.

* The Age of the Primary Driver

Younger drivers between the ages of 16 and 25 will get hit hard on premium costs. This is just an insurance fact, due to the numerous accidents these young people get into. For those over 25, rates will steadily go down each year until about 70, assuming you keep a good driving record.

* The Area where you Live

It is a huge factor that will affect costs. Generally speaking, the more rural area you live in, the lower premiums will be. Conversely, the more urban an area is, you can expect to pay more. This is because, with crowded streets and highways, the odds of getting into an accident in the city are more significant than out in the country. Also, automobile thefts occur much more frequently in cities.

Recently, Insure.com did an extensive study to find out what truck was the cheapest to insure. The verdict: the 2015 Toyota Tacoma 2-WD with four cylinders.

Annual rates average about $1,200, which in some markets is half that of insuring a large Ford F-150. This Tacoma model is relatively inexpensive and less costly to repair than larger trucks, which explains the low insurance prices.

Getting cheap truck insurance is totally possible. Go online now and compare rates from up to 10 insurers in just 5 minutes. With good to go insurance, the average consumer saves about $550 buying online. See how much you can save today with your custom truck ins quote.